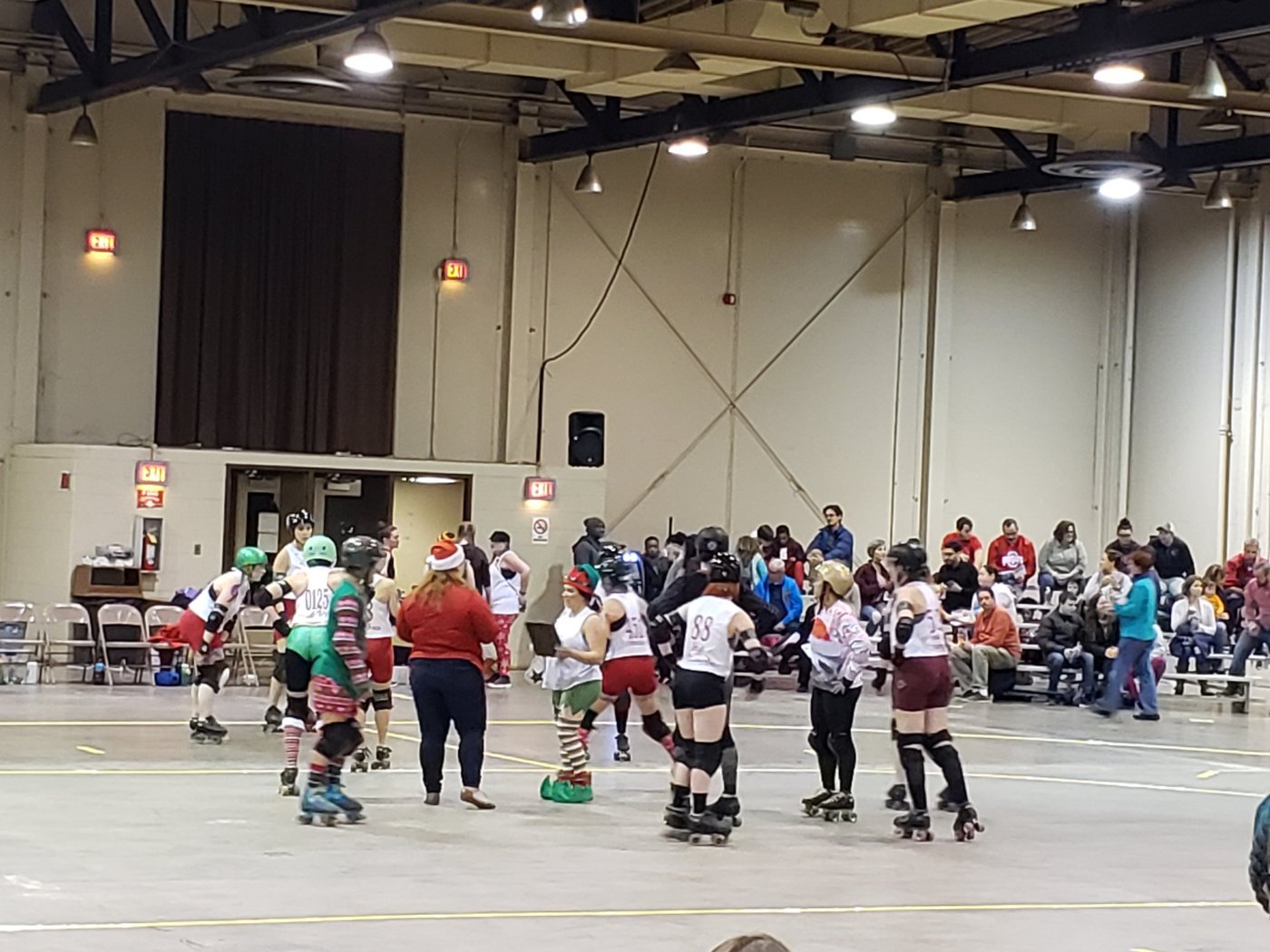 On Saturday the 30th Seth and I went out to support Ohio Roller Derby (OHRD) at their fundraiser/ exhibition bout Skatemare Before Christmas. This bout pits team Halloween, The Roller Ghouls, against team Christmas, The Jingle Belles. They also premiered their rookies dividing them into team Candy Corns versus team CandyCanes. I came out to represent team Christmas this year, so Seth decided to root for team Halloween. 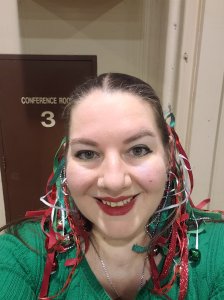 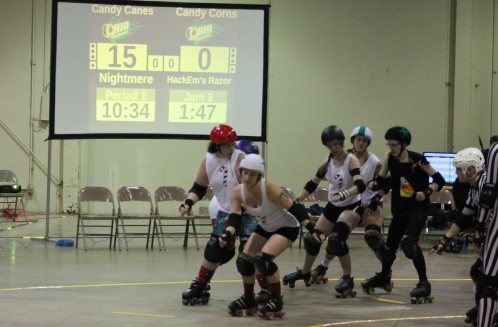 During the time between the rookie bout and the main event there was a show put on by a local break dance school. The kids appeared to be between the ages of 5 and 13. They were adorable and some of them were so talented! 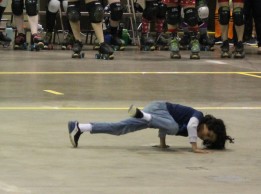 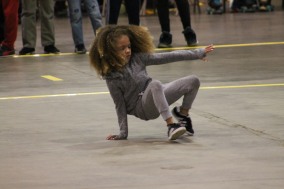 Team Christmas wins for this year!

2 thoughts on “Skatemare Before Christmas”

Follow I Am The Weird Girl on WordPress.com
Join 243 other subscribers