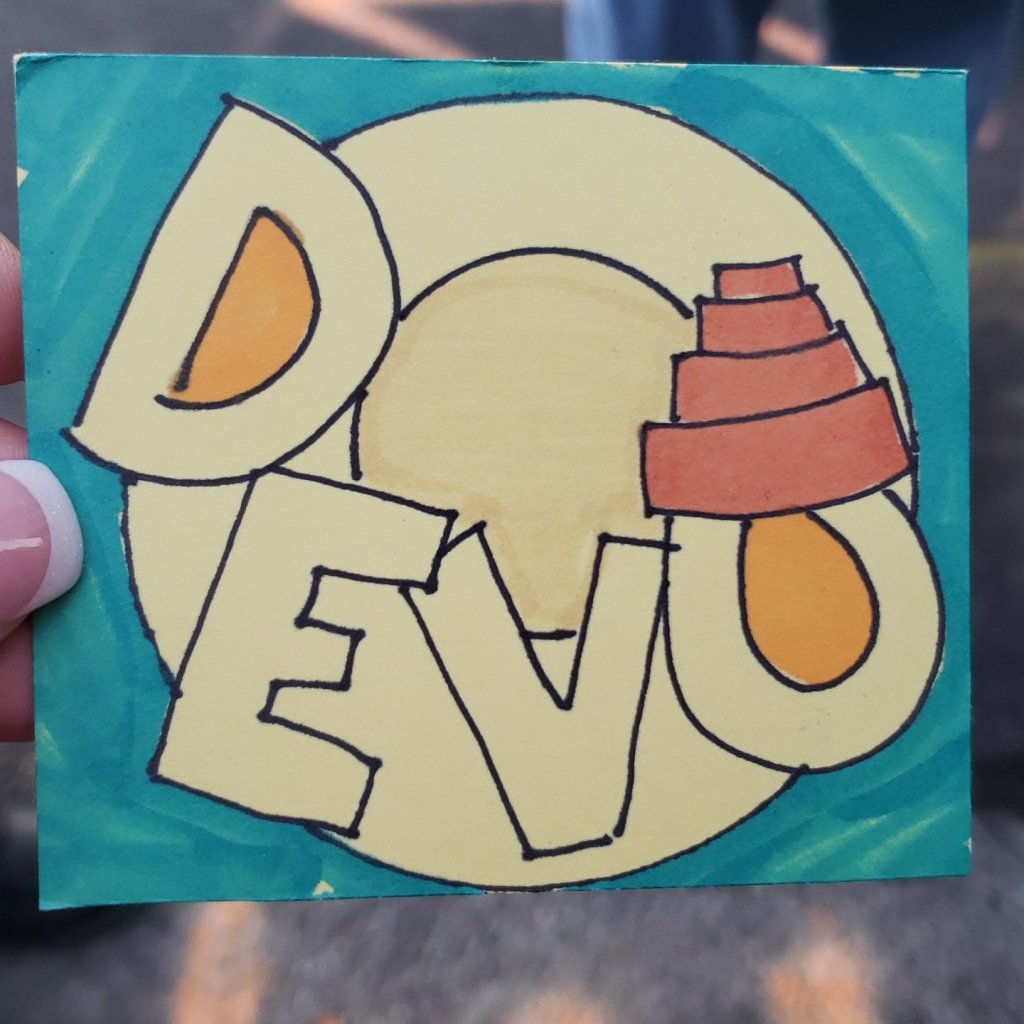 My alarm began playing “O’ Fortuna” this morning at 5:oo am, which is a painful situation on a Saturday. Today, however, I was ready and willing to get up hunk my hair into a pony tail and, with my husband in tow, head to stand in line waiting to get into Spoonful Records for Record Store Day.

Spoonful is a lovely smaller Record Store in downtown Columbus. I found them through social media when they held a clean copy of Cyndi Lauper’s She’s So Unusual for me. We have been back a couple of times since picking up this or that.

For RSD this year they had a lot of special buys including a Devo box set I was hoping to get my hands on. We got into line about 6:15 am or so, and joined the already awaiting group. Around 7:30 the owners came through asking about box sets. and in her hands was the Devo. I spoke up and that guaranteed me the Devo box set. Hells Yes.

Other than the box set I picked up a vinyl pressing of the Velvet Goldmine soundtrack which is on gorgeous orange and blue vinyl, a used Heart vinyl and a used Peter Cetera. We got a spoonful records tote, a pearl jam pin, and a coupon for free admission to the Columbus Museum of Art. Then I had to go home because I have plans for tonight. 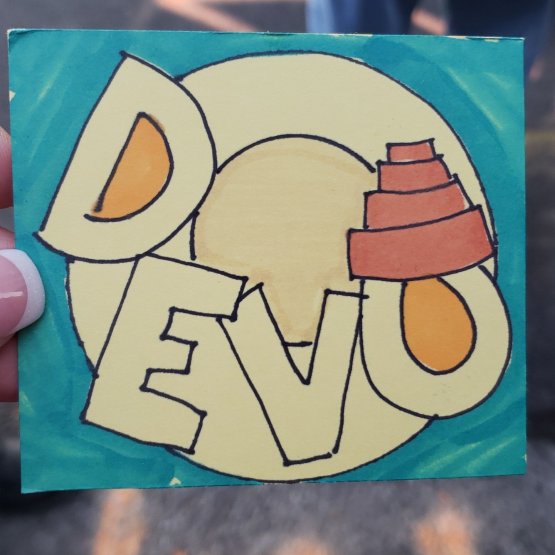 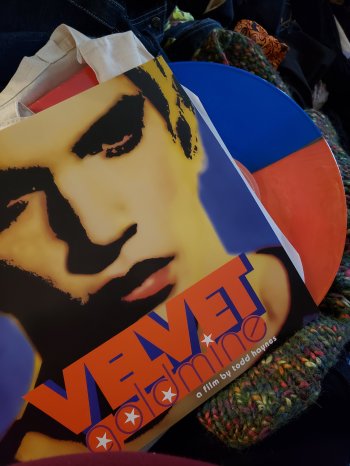 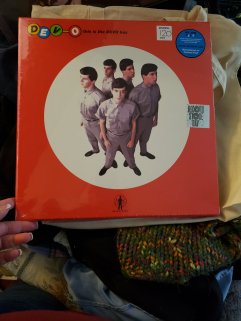 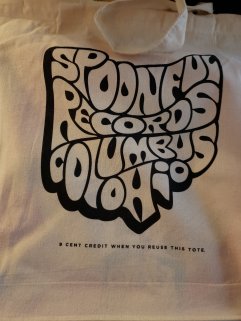