Day 25: Think of any word. Search it on google images. Write something inspired by the 11th image.

I asked my husband to give me a random word and he gave me golem. 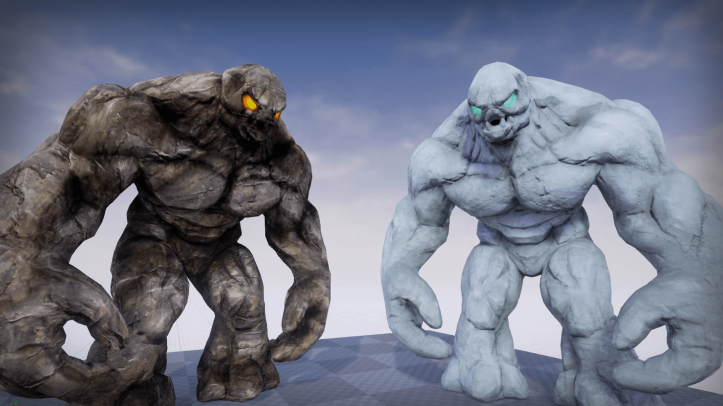 The townspeople saw them coming, the two creatures; one coming from the coastal mountains and the other from the frozen North. Houses were boarded and the streets emptied, as they braced themselves for the arrival.

One is made of metamorphic rock with eyes like fire. He was forged by a magician of skill to be his messenger and protector. For thousands of years he has been serving, and today he is on a mission.

One is made of ice with eyes like a blizzard. He was forged by a sorcerer who was seeking assistance and company. He has served him faithfully for years, and now he has been sent to this place.

The two meet in the middle of town; the eyes of the hiding occupants watching their every move. The two stop, and speak in tones too low for the townspeople to hear. Then they turn and head back the way they came. After a couple of hours, it is clear that the golems are not set to return.

To this day that town tells stories of the day the golems came. The rumors of their conversation abounds. They were exchanging messages from their makers, or recipes, or they are the last of their kind and they were looking for a connection. No one knows for sure, but no one will ever forget.