Happy Full Moon, Witches!! I hope the coming of the sturgeon moon finds you well. This is a full moon in Aquarius, which according to Madeleine of Written in the Stars Horoscopes and Tarot is the full moon of the Rebel, so get out there and break the rules. Find new ways of doing things. Make things happen.

I decided to do a spread today with The Halloween Oracle. I used a spread from the accompanying book called the Halloween Three Card Draw. 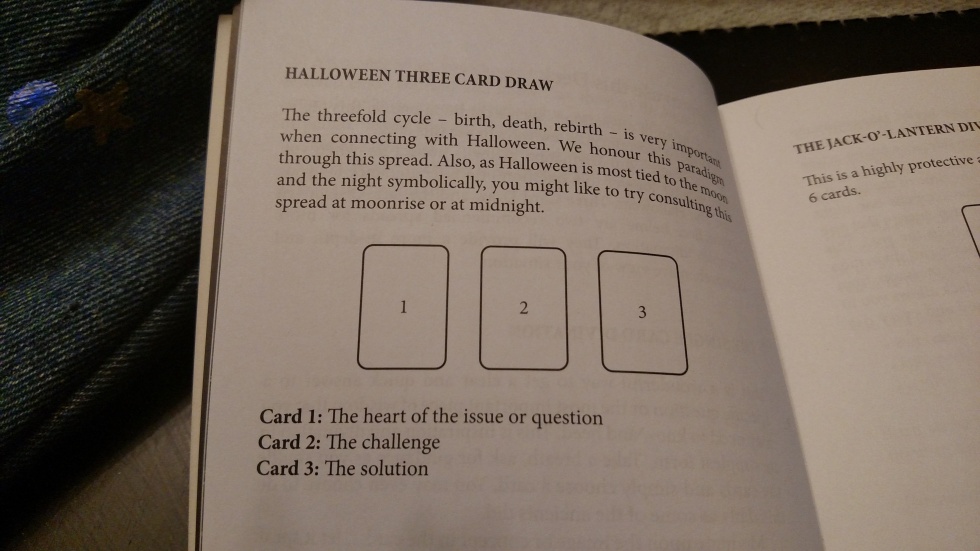 I shuffled until I had three “jumpers” and then laid out the spread. Imagine my surprise as I turned over the first card it was actually two, hmm… I decided that I would read with both of these cards standing in the Card 1 position. In another bit of irony I ended up with two different skulls, so Card 1 is Skull of Flowers and Skull of Light. 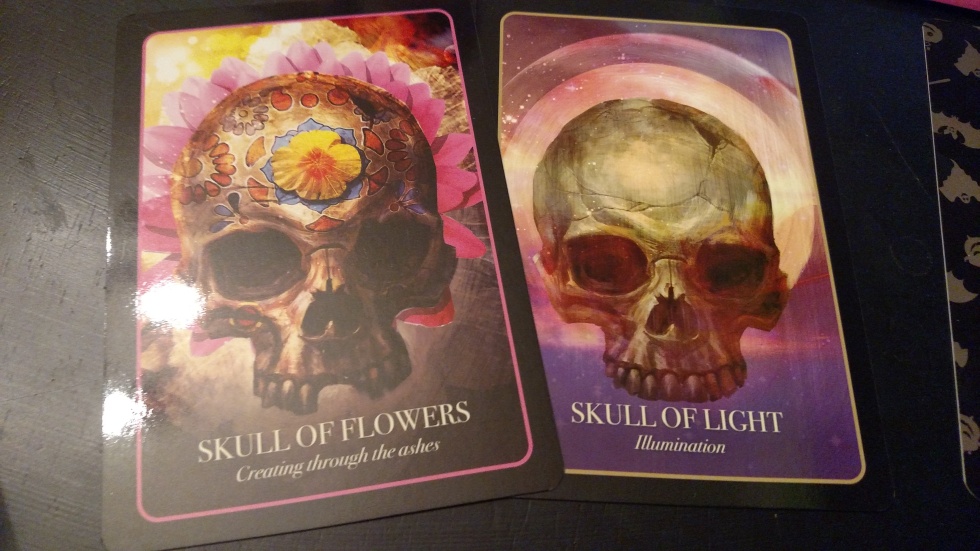 Skull of flowers is about coming back from a hard time. Learning to create again after you have been cast down. “Sometimes the universe gives us a blank slate to work from, so we can build what we really want, rather than just settling for less.” I recently got a new job after too many years of working in a department that did not appreciate my contributions, and often took advantage of my knowledge without duly compensating me for my work. My new position came with being told I was highly desired, with a lot of positive feedback, and with a substantial raise. This fits well. The skull of light is about shining light into the shadows in order to see yourself, and allow yourself to be seen. I have been hiding in a position that made me unhappy, because I was half convinced that I was not worthy of anything better. That I was not smart enough, knowledgeable enough, or talented enough to achieve anything more. In the last couple of weeks though, I became painfully aware that I cannot continue as I have. That I am worth more, and deserve more, and I achieved it fairly quickly once I turned my mind that way. Again, pretty accurate. 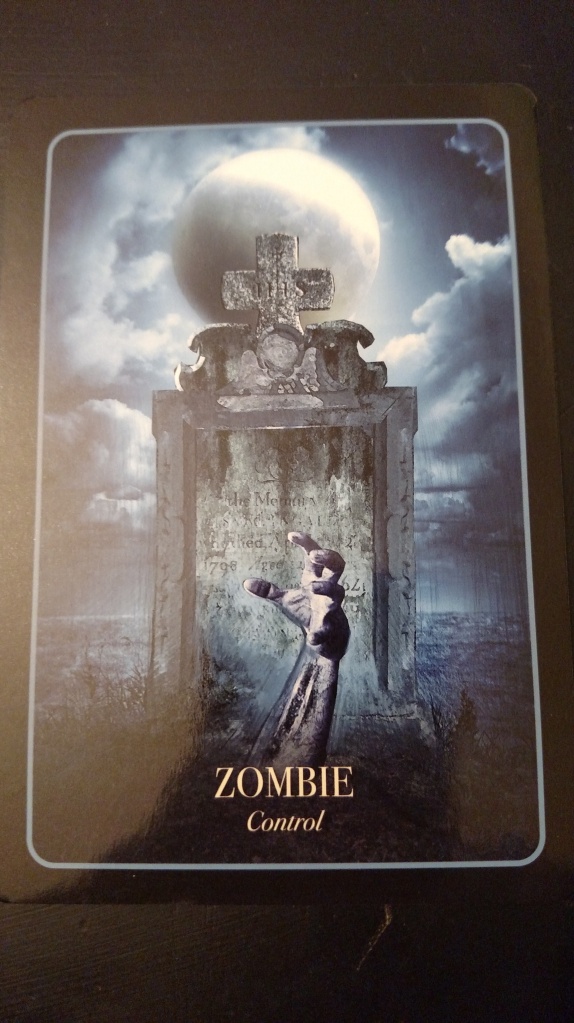 Card 2 The Challenge: For card two Zombie jumped. The zombie is about control. Do you want to control everything? Or are you allowing others to control you? What are you doing currently that you do not want to do? What are you not doing that you wish you were? Why aren’t you doing it? It is time to find a way to live your best life.

Card 3 The Solution: Another twofer! This time I was presented with The Veil and Scrying. The Veil rules the future. It’s presence says that the veil is thin, and other worlds are close. Listen to what messages may come regarding the future. “Plan, set intentions, think big!” Scrying is about trusting your intuition. Maybe you should try scrying, especially with this card coming with the veil. It is time to work on your intuition, and stop relying on your rational mind for all the answers.

Tasseomancy is not generally my cup of tea (pun intended) but I think I am going to get my white cup and my witches brew tea, and see what may come up. 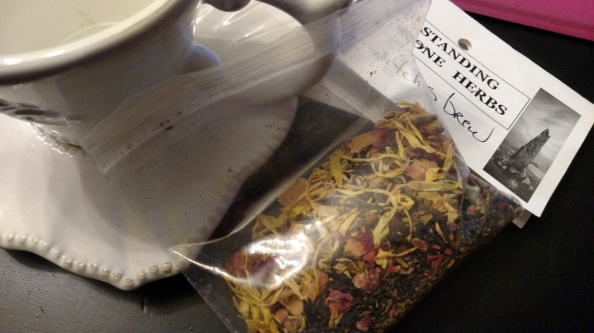 I see a person jumping a fire. And the head of a bull? I saw a sword, and a circle. I think it is time I did some wilding. It has been too long. Only a little over a month until Earth Warriors Festival!

I have put some water with a piece of quartz and a piece of moonstone in it out to charge in the moonlight. Full moon blessings friends.